The largest lake in Tuscany with clear waters and wide views

Name: Kayak on Lake Bilancino
Location: Lake Bilancino – Bahia bathing resort
Itinerary: Kayak trekking
Best period: All year round
Minimum age: 12 years old
Length and duration:  4 to 6 km – Approximately 3 hours (time to be agreed upon according to the season)
Price: for 2 people = 75 € per person, for 3 to 4 people = 55 € per person (for individual tours, please contact us at info@t-rafting.com).
Level:  Suitable for beginners and non beginners

Kayak on Lake Bilancino – The deep recesses of Lake Bilancino offer glimpses of unexpected beauty to those who practice SUP and kayaking. The reflection of white clouds on the lake’s surface and the amazing sunsets will leave you speechless!

Little more than 10 million years ago, compressive pressures formed a large basin, where soon the waterways, without an outlet, transformed into a lake. The basin extended around 300 square kilometres from the Calvana Mountains to the Balze di Vicchio. It is not difficult to imagine the original landscape of the Mugello; at times a blanket of fog settles at the bottom of the basin and appears like that liquid surface. Sediments brought by torrents subsequently caused the end of the lake, leaving a flat and fertile valley basin.

Today, the valley hosts a new large expanse of water: the artificial reservoir of Bilancino, which occupies just one of the sectors into which the ancient basin was previously divided. Lake Bilancino, containing 69 million cubic meters of water, with a maximum depth of 31 meters and a total surface area of ​​5 kmq of water, is just a few minutes from the Barberino di Mugello motorway exit. 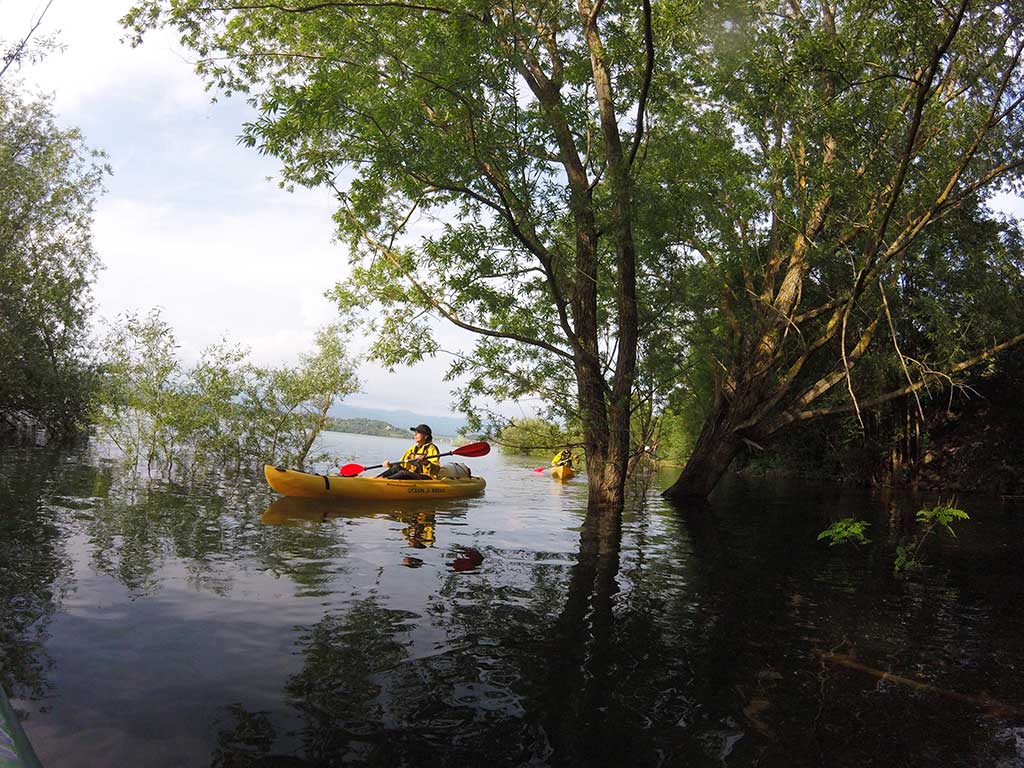